Brothers, Chris and Rich Norman, and their team from The Leen, Pembridge, Herefordshire have won the NMR RABDF Gold Cup 2017. Runner-up and recipient of the NMR Silver Salver is James Tomlinson, parents David and Sheila and wife Eleanor, from Bilsborrow, Lancashire. 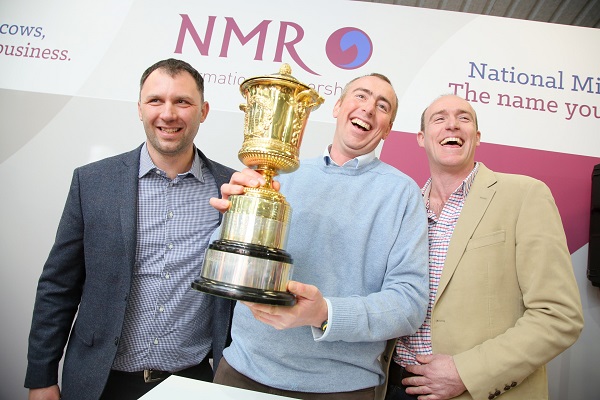 Maximising yield from grass is a priority in this Friesian Jersey crossbred autumn block-calving herd. They target 12.5 tonnes of dry matter per hectare and look to produce 73% of their annual milk production from forage, relying on just 950kg of concentrates per cow per year.

The Normans were nominated for the Gold Cup by their grazing discussion group Wye Graze. Last year, 2017, was the first year that nominations for the Gold Cup were invited from national and regional discussion groups, allowing them to compete alongside milk recorded herds that met the qualifying production, health and genetic merit criteria required for entry.

Commenting on the Normans’ success, Chairman of the Gold Cup judges Mike King says:
“Chris and Rich have clearly shown that there is more than one way to run a successful and profitable dairy business. Their investment in their dairy unit has allowed them to build a system that best suits their farm situation. And their attention to detail around management and staffing is of the highest level. This has, in turn, led to a very robust business that is able to manage market volatility and one that consistently delivers a profit.”

Runner-up for the third time, James Tomlinson and his wife Eleanor have taken over the day-to-day management of the 260 Holstein pedigree cows. They look to maximise the potential of the Bilsrow herd genetics in a natural way that enhances herd longevity, while providing milk and young stock that meets their customers’ requirements.

A high production herd, average yield is 11,386kg, at 4.27% fat and 3.16% protein on twice-a-day milking. They also sell 50 heifers a year and 25 stock bulls. A regular cattle breeding columnist, James has an holistic approach to breeding his cows, focusing on a combination of health, fertility and lifespan traits and production.

Winner of the 2017 Lilyhill Cup, for the highest placed Jersey herd in the Gold Cup competition went to Thomas Dickinson from Scaftworth, Doncaster.

Thomas, with parents John and Susan, runs the 270-cow Thurlstone Jersey herd supplying milk to Longley. A small amount is also sold locally through a milk vending machine. Cows on this 163-hectare unit calve in two blocks, spring and autumn, and yield 5,675kg of milk at 5.6% fat and 4.0% protein. Around 60% of milk is produced from home-grown forage.

A regular award winner in the Hampshire Herd Competitions, this 157-cow Holstein herd, that averages 12,403kg of milk at 3.65% fat and 3.14% protein achieved a herd average lifetime daily yield of 18.56kg/day. 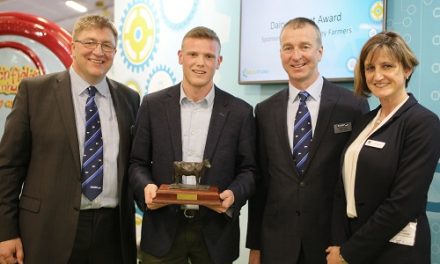 Looking to exhibit at Dairy Tech 2023??We now only have a handful of stands remaining!!Contact rosiebradbury@rabdf.co.uk for an up-to-date floor plan or more information🐄 ... See MoreSee Less

Dairy Tech 2023 Exhibitor Announcement!! Ball of Madley LtdIf you would like to exhibit at Dairy Tech 2023, contact Rosie for an up-to-date floor plan or visit our website: dairy-tech.uk ... See MoreSee Less